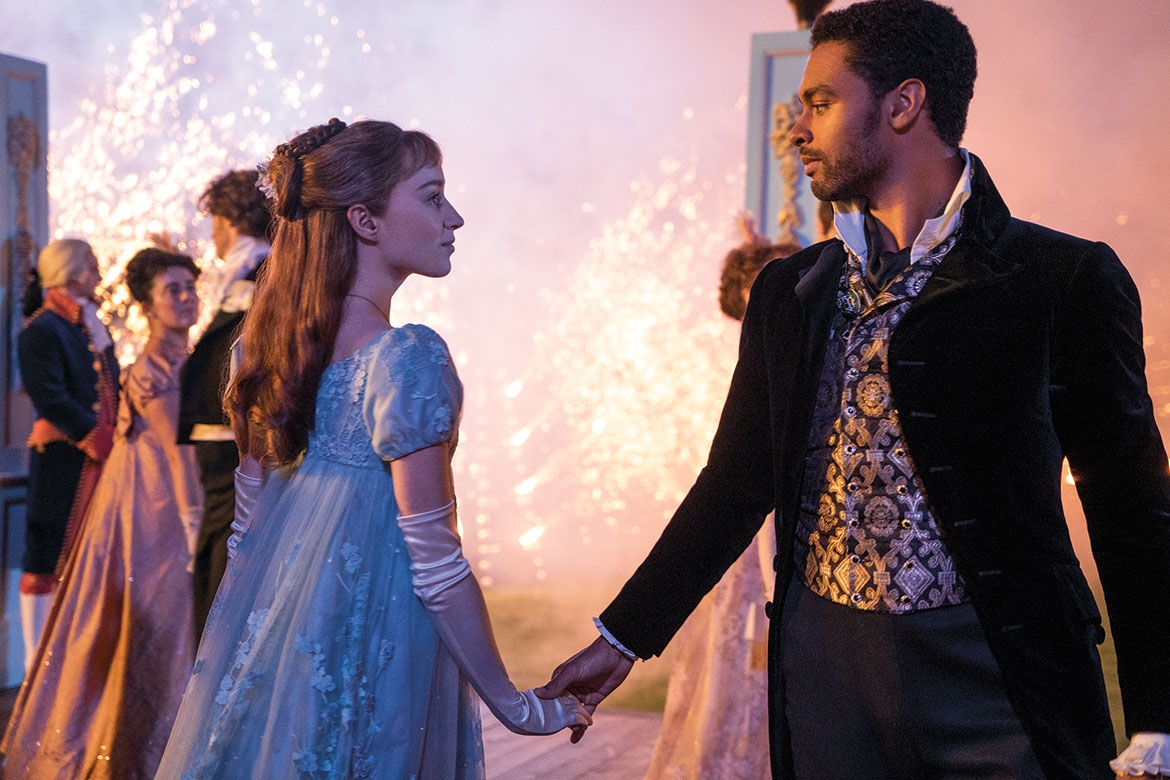 Phoebe Dynevor as Daphne Bridgerton and Regé-Jean Page as Simon Basset in Bridgerton.

What makes a development pro sit up and put down the phone?

For Netflix's Jinny Howe, it's shows like Partner Track, an upcoming drama about a young Asian lawyer (Arden Cho) who becomes the first minority woman partner in a venerable firm; Maid, about a single mom (Margaret Qualley) who flees an abusive relationship and takes a job cleaning houses to provide for her child; and of course, Shondaland's Bridgerton, which turned the Julia Quinn novels into a boldly impudent period romance — and a major hit.

"This hadn't been seen before," Howe says of Bridgerton's array of racially diverse English nobles. And, as her achievements as vice-president of drama series development attest, she supports diversity and female-focused storytelling. "We're creating shows with new perspectives," she adds, "and entertaining a global audience."

The big trends she's been observing are in the mystery-thriller and romance genres. Netflix's take on these shows, she notes, looks through the lenses of Asian American, Arab American, LGBTQ and other underrepresented communities.

Howe's family arrived in the U.S. in 1978 from Seoul. Because her parents worked long hours, she and her brother watched a lot of television, which eventually inspired her to attend the UCLA School of Theater, Film and Television. While employed by a talent manager, she met clients who worked with John Wells Productions. Howe landed a position as Wells's assistant and rose through the ranks to become executive vice-president and head of television.

Then Netflix came calling. "After thirteen years, I wanted to do something a little scary and risky," she says. "Creatively, no one else was doing what Netflix was doing. I was interested in a larger sandbox in programming, with multitudes of options."

In 2018, she joined as a director of original drama series, taking what she'd learned on the producing side and using it to her advantage on the buying side.

"The biggest thing I learned watching John [Wells] work was that everything comes down to the writer," Howe says. "That's what defines a show. I love working closely with our producers and talent as creative partners."

Howe, who became a vice-president in 2020, oversees drama projects in development coming out of the U.S. and Canada. On the diversity front, she says major strides have been made, but much remains to be done.

"It's hugely important for people to see themselves as heroes, and in leading roles, because we are all the heroic leads of our own stories," she says. "To portray people otherwise is not reflective of reality and further feeds into the notion that to be diverse is to be 'other,' or less significant."

Through the pandemic, Howe has worked from home while caring for her two young sons. And in her elusive downtime, what genre gets her reaching for the remote? "I love romance," she says. "Romance across ages, queer romance — you name it. Everybody understands the language of love. It's comforting. And it's laden with hope, which is something people are looking for these days."

This article originally appeared in emmy magazine issue #12, 2021, under the title "Risk and Reward."

Sonia Manzano Goes Back to the Bronx